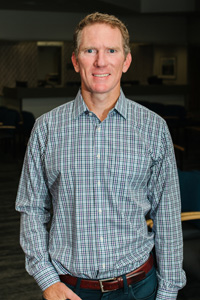 Dr. Gowski was raised in north central New Jersey where he attended the Delbarton School for his high school education. From there, he traveled north to Middlebury College in Vermont for his undergraduate education followed by a trip to our nation’s capital where he attended Georgetown University for medical school. After graduating medical school, he travelled west to Salt Lake City, where he completed his internship and residency at the University of Utah in the Department of Orthopedics. He then headed back east to Baltimore, Maryland for a hand fellowship year at the Curtis National Hand Center at Union Memorial Hospital. Dr. Gowski and his family subsequently returned to Salt Lake City to begin practice at Intermountain Healthcare's TOSH in 2008. Dr. Gowski has been continuously practicing at TOSH since the time of completing his training. Over the course of that time, he has served in academic and leadership roles. As an adjunct faculty member of the University of Utah Department of Orthopedics, he occasionally educates residents and fellows in the practice of hand surgery. As an administrator, he has served as the chair of the department of orthopedics and associate medical director for the Intermountain Healthcare Hand Surgery subdivision of the musculoskeletal clinical program.

Dr. Gowski's research interests have led him down a pathway of innovation. He has assisted in the development of multiple orthopedic implants including distal radius and dorsal spanning plate implants with a prominent orthopedic manufacturer. He has also served as the chief surgical designer for a soon-to-be released, revolutionary tendon repair device. Dr. Gowski also holds a patent on a carpal tunnel release system, which is now in stages of refinement for hopeful release in 2022 and anticipates bringing that product to market in the next few years.

Dr. Gowski's practice has migrated over the past several years to focus on procedures that can be performed wide awake under local anesthesia in the office setting. He now performs carpal tunnel release, CMC arthroplasty, de Quervain's release, trigger finger release, mucous cyst excision, ganglion cyst excision, and multiple other small procedures in the office, wide awake under local anesthesia for patients who desire service in that manner.

When Dr. Gowski is not hard at work in his practice, he enjoys family time with his wife and three children as well as exploring Utah's great outdoors.